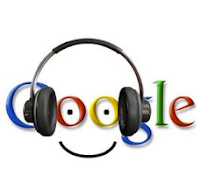 A Real iTunes Competitor?
Google Music, in beta since May and the topic of a RapidGroove Blog post back on May 18, came out of beta earlier this week to become a production service. The service is still free and allows for storage of up to 20,000 songs, but the big change is that it moved beyond a cloud storage and streaming service – now Google Music is selling music directly.
Google Music users can make use of Google+ to share information on the music they purchase. Those in your Google+ circles can even try out your tracks with limited play.
Google surprised many by the breadth of the initial offering, securing deals with three of the four major labels - EMI, Sony, and Universal. Only Warner Music is not at the party, and they’ll likely show up soon if Google Music sales are strong enough. There are currently over 8 million songs in the store, with more coming soon.
Google also has something for indie bands and fans of indie music. The service has most of the major indie labels in the store, but the service also provides a way for independent musicians who own rights to their music to upload and sell it through the store, and to keep 70 percent of that sales revenue.
Google obviously hopes that Google Music will be a legitimate competitor for Apple iTunes, which has become the giant of music retail and playback. iTunes achieved that by redefining the way people acquire and then organize, access and play their music. Is the Google offering on the right track to compete? Are its differences appealing, and not just to those who want any alternative to the Apple experience?
Leave a comment and let us know what you think!
Links:
Thanks for reading!  If you enjoy this blog, please +1 it below, share it on Facebook, Google+ or Twitter, or suggest it to your friends .  More readers will drive more discussion.
Posted by Deke Kassabian at 4:15 AM