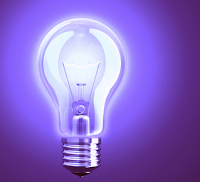 “Innovation” is a word I hear often. Maybe you do, too. Many of us who work in science and technology fields like to think that in our own work we contribute in innovative ways – at least sometimes. What do we really mean when we use that word? I wanted to step back to think about its meaning and use.

Is “innovation” the same as “invention?” Is innovation the act of discovering the truly unknown?

One view on innovation that I like comes from Professors Christian Terwiesch and Karl Ulrich, both of the Wharton School at the University of Pennsylvania. In their book Innovation Tournaments[1], they say that innovation is a  “new match between a need and a solution so that value is created.” This is an appealing definition, in part because it is easy to understand and in part because embracing it implies that innovation can take place in a broad variety of fields. When we create value through a new match of need and solution, we innovate. This can obviously be the case in science and engineering as well as in medical research and health care practice, but it can also be true in business, social services, sports and recreation, and a broad range of other professions and human activities. This definition also suggests that innovation is not (always) about inventing something brand new. It can involve taking ideas we already have and understand in one context, and then applying them in another – matching solutions to needs and creating value. When it’s a good match, innovation is likely taking place.

Guy Kawasaki, famous for his role in the original Apple Macintosh and who today describes himself as a “Silicon-Valley based author, speaker, entrepreneur, and evangelist,” [2] makes many points in talking about innovation. His first point in his TED Talk innovation video [3] agrees with Terwiesch and Ulrich. Kawasaki advises us to “make meaning” first and notes that in doing so we will “likely make money.” He also advises us to try many paths and to not be afraid to bring forward early versions of new ideas, even though we may know these early versions have flaws (humorously saying, “Don’t worry, be crappy”).

The new Chief Innovation Officer at Internet2, Florence Hudson (who previously served as an IBM VP of Strategy and Chief Technology Officer), has "innovation" right in her title. In her new innovation role with Internet2, she is working within a community of high-tech engineers and software developers who together help to enable the work of some of the nation's most prominent researchers. She talks about working closely with that community to "stimulate the creation of new technologies and services."

I'll end my musings on "innovation" by recalling some of my own experience with the idea. A few years ago I suggested to my then-employer, an IT services organization at a university, that we could likely promote more innovation and boost staff morale by encouraging our staff to surface ideas that mattered to them and then allow them to spend some small amount of their work time in their pursuit. Google famously allowed their engineers up to 20% for innovation time (they’ve since cut back and restructured this program, but it still exists), reportedly with great results. I hoped we could borrow that idea but allocate just a few days a year. We could encourage but not mandate participation and we could encourage sharing experiences and reporting out. If the outcome was some practical ideas worth pursuing, great! If "all" we got was a more energized and engaged staff, that might be a winner in and of itself.

Starting in about 2010, we set aside a few days every year to pursue this idea. To explore and innovate. Members of the organization worked individually and in small teams and learned, explored, and sometimes created value. I believe that they often were re-energized for having spent the time and effort.

As my own project a few years ago, I challenged myself to create a short movie on "innovation." My goal was to "crowd source" the content, asking colleagues to tell me about innovation. I would collect their input and also learn some basic tools to assemble the media, and I would do the entire thing in 24 hours. I ended up using Garage Band for the music, PowerPoint for the still images, and iMovie for the video editing. I managed to pull something together in 36 hours, and got some real satisfaction in the doing and in the product. That movie, available on YouTube, appears below:

So do you innovate? Do your colleagues innovate?

Think about what you do day-to-day. Think about problems you’ve solved in the last month. What does the word "innovation" mean to you? Are you an innovator? Leave a comment and let us know how.