Traditional "cable TV" may not be a winner for me anymore

Back in September of 2011, I wrote about cord-cutting, the idea that people like us who value flexibility and balk at cable's high prices might move away from standard cable packages. Since then, many of my friends have done it and most have been happy. And the world of video options is only getting more sophisticated (and complicated). In addition to traditional cable TV packages there are Internet streaming services that offer original content, and some that offer popular shows in reruns. Many offer movies. There are even streaming services that provide what traditional cable TV packages do – aggregations of commercial television channels but delivered via the Internet. More services are coming online all the time.

Let me describe the video entertainment service – or combination of services - I want. Then I'd love to hear whether this is the kind of service you want, too. 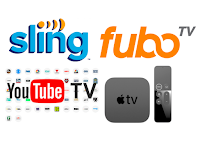 First, of course I want great content and on this score I’m really happy with the offerings we're seeing lately. There’s quality stuff these days on HBO, Netflix, and Amazon Prime Video and other streaming services, with more services coming online often. Services like these probably account for 75% of my passive entertainment time. I don’t watch commercial TV much at all, other than news, sports, and Comedy Central.

Next, I want to watch without interspersed commercials. I can live with a few very short pre-rolls. And to be clear, I don’t just want to skip through commercials I prefer to have no commercials at all, like on HBO and Netflix. I recognize that as commercials are a monetization mechanism that this means I need to pay (more) for the limited set of things I want that are on "commercial" television. Even without commercials, I also want the ability to pause, rewind, and fast forward.

I want to be able to watch all of this content on my large screen television sets, on my laptop computer, on my tablet, and on my smartphone. And when on my mobile devices I want to watch from anywhere and not just on my “home” network. I also want profiles, so that my wife and I can independently set up favorites and keep track of what episode we’re on if we happen to be watching the same show separately.

Lately, I find myself paying about $300 a month to a major cable television provider. And sure, that includes my Internet service, which really is quite good most of the time, but it’s still way too much and it isn’t quite the service I described above.

I’m seriously thinking of firing my cable television provider entirely and then getting a good Internet connection from a different service provider. Next, I’ll get a basic television service like YouTube TV, Sling TV, or FuboTV to get my primary news and sports channels. Then I’ll layer on a few streaming services. Netflix and Amazon for sure. Possibly HBO. Others are possible.

When I do the math, the savings actually seem to be significant. I’d be going from a cable company triple play (including unused phone service) for $300, to a more limited set of channels delivered over a solid Internet connection, and then including Netflix, Amazon and HBO streaming. I’d add services like Britbox -- and in fact I'd add and remove video services as my interests change. For example, maybe I'd add CBS All Access for a while to watch the new Star Trek series and then cancel if and when it wasn't of interest. I can watch all of the content on television sets through my Apple TV boxes, watch on my laptop computer and mobile devices through apps. The total cost of what I want to do looks to be about $100 less per month than what I'm paying today.

Is there any reason not to do this? What's your plan? Leave a comment and let us know!


Posted by Deke Kassabian at 7:20 AM No comments: