I Don’t Want an Apple Watch 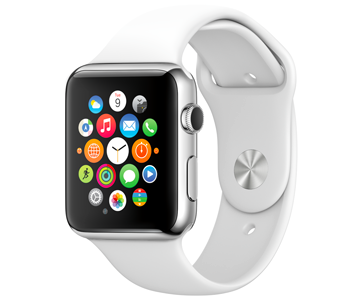 A few days ago, the new Apple Watch became available for pre-order, with first product delivery scheduled for April 24th.

Smartwatches, like the Apple Watch, are wrist-wearable computing and communications devices with a touch screen interface. They tend to have independent capabilities and also capabilities to act as an extension of your smart phone. There are several popular smartwatches that came to market before the Apple Watch, such as the Pebble, the Moto 360, and the Samsung Gear S.

Do you need a watch of any kind? Many people gave them up a few years ago and started to count on their mobile phones as a handy source of accurate time.

I decided not to order an Apple Watch. While I use many Apple products, and while I do think that wearable technology has a very important future, I often pass on first generation products and that’s what I’ve decided to do here.


The Apple Watch appears to be more advanced than any of the early entries in the smartwatch market in terms of functionality, interface, and apps. Apple did what it often does – it waited to enter an established space and brought great new thinking to design and usability. But let's not forget, this is a 1st-generation product. There are early reports of the watch feeling sluggish and it wouldn't be at all surprising to me to find that the Apple Watch would benefit greatly from some improvements in later versions.

I think that it's reasonable to assume that Apple will learn quickly from their first generation product and produce a 2nd-generation product that's thinner, faster, more ergonomic and that has better battery life. I also think that a healthy selection of apps is what will make a smartwatch indispensable, just as happened with smartphones. The phones became more valuable to us as the app economy grew. I'll gladly wait a year for all of that to happen.

What about you? Are you getting an Apple Watch? (and if so, can I try it on?)

Thanks for reading! A blog works best with active participation. If you enjoy this blog, please +1 it and leave a comment. Share it on Twitter, Google+ or Facebook. More readers will drive more discussion.
Posted by Deke Kassabian at 4:46 AM No comments: