I’m inclined to believe that there are many things contributing to the dysfunction of the United States Congress these days. Some of them seem almost impossible to address. Big money in politics leads to undue influence as well as near-perpetual campaigning, partisanship is extreme, and the public can often be apathetic and under-informed. 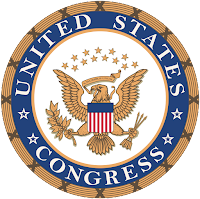 At the same time, every new election is a chance to improve. Incumbents can clarify their positions, and new candidates can infuse new ideas and new energy into the races and eventually the House and Senate. For these reasons, I'm optimistic.

For me, one encouraging thing this year is an increase in the number of women running for office. Many, myself included, believe that more diversity, including more gender diversity, can be good for the US Congress. There is a wave of well qualified women running for office. Still, conditions this year, as compared with a previous strong year for women in politics, 1992, may make some of these races uphill battles

Two of the women running this primary season have particularly caused me to take notice because they are both very tech-savvy, and that’s something else I think we really need. In a world economy increasingly affected by technology, our legislators must be more tech-savvy. When I see some of the long-serving representatives making self-deprecating jokes about their lack of ability and understanding of tech, I cringe. Their jobs now require at least a basic level of technology understanding.
Brianna Wu. Wu is a game developer, entrepreneur, and tech journalist, as well as an advocate for women in technology fields, and she is running in the Massachusetts 8th District. Her solid understanding of important technology issues such as cybersecurity and renewable energy could be a welcome addition to the House of Representatives.

The second candidate I wanted to mention is Tracy Mitrano, who is running in the New York 23rd District. Tracy has served as a Chief Privacy Officer at a major university and has a great understanding of a broad range of issues around the Internet including security and privacy, and net neutrality. She'd be a powerful author and supporter of good legislation related to the Internet, which is something we truly need. She has well thought out and articulated positions on a variety of other issues as well.

More than ever, we need intelligent, informed, motivated people who can work within their parties and across the aisle to make progress in the work of government. Whatever the issues that motivate you, and whatever your political leanings, I hope you'll learn about your local races and candidates and vote in the primaries and general elections this year. Democracy depends on us all!

Thanks for reading! A blog works best with active participation. If you enjoy this blog, please +1 it and leave a comment. Share it on your favorite social network. More readers will drive more discussion.