Back in March 2015 I bought a new BMW 428 hard top convertible, making it the 10th car I’d owned in my life, but just the 4th new car. The dark blue BMW was beautiful to look at, and the power, ride, and features quickly made this car my favorite, even surpassing the fond memories I had of my first ever car - a 1972 Chevy Monte Carlo. Add to that the thrill of the automatic hard-top motion looking like something out of a Transformers movie, and I became very attached to this car. 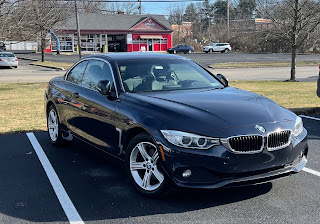 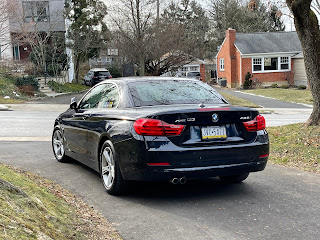 It may sound strange to some, but I name my cars, just as I name my boats and my houses. I called my BMW 428 “Serenity” and enjoyed driving her year-round but especially in the summer with the top down and my favorite music or podcasts playing on the stereo, wind in my hair.

Late in 2021, I decided that the time was coming to trade the car in before too many miles racked up on the odometer and before anything major went wrong. My goal was to make a change by or before 7 years with the car. I considered getting the latest version of the same car, but design changes made the BMW 400-series convertibles less attractive to me. Also, I had begun to think about getting a small SUV as my next car in order to haul music gear and beach chairs other things that are parts of my life. I also wanted a car that I could use to tow small watercraft. I looked at a range of brands and models and had hoped to find a luxury hybrid SUV with the right features in the right size at the right price point, but in the end my choice was the BMW X3 M40i which was everything I wanted except for hybrid. The larger X5 comes in a plug-in hybrid model but it’s just too large a vehicle for me. Other brands have some great models that I considered, but in the end my mind was made up.

I placed an order for a BMW X3 M40i configured with colors and trims and features I wanted and picked it up early in February 2022. In the first week with the car, I didn’t get to drive it much and as much as I was loving it, I had some funny moments of not knowing how some things worked. I couldn’t figure out how to move the moon roof cover and I misunderstood a speed warning setting resulting in an almost constant speed warning. The heads-up display was not in the perfect position and though I adjusted it, it still wasn’t quite right. Slowly, I read the manual and tried things and got to know the vehicle, and a recent 6 hour round-trip drive helped me to really get to know my new car. I’m really enjoying it a lot now and will no doubt learn more in the coming months. I look forward to several years with this wonderful small SUV, and as I get to know her better, I’ll probably give her a name. 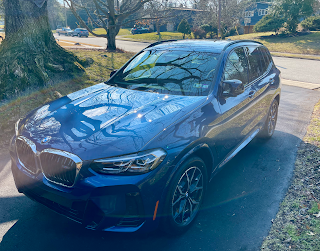 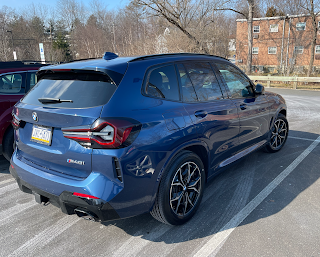 Thanks for reading! A blog works best with active participation. If you enjoy this blog, leave a comment, tell others about it, and share a link to it on your favorite social network. More readers will drive more discussion.

Posted by Deke Kassabian at 2:56 PM No comments: