[Back in 2011, I wrote a blog post called “Cord Cutting” which can be found at http://rapidgroove.blogspot.com/2011/09/cord-cutting.html  This post is on a related topic.] 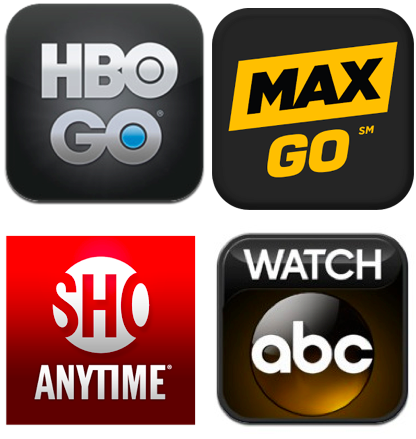 Complaining about the cost of cable television seems to have become a middle-class American pastime. If you could spend a little less for television content by buying “a la carte,” would you do it? The idea seems appealing – pay for the channels you like to watch, forget the rest. No need for the hundreds of channels that come in a cable television bundle if you really only watch a few. Added bonus if you can watch your selected content both on your big screen television and also on your smartphone, your laptop, and any other handy screen.

Many of you are already familiar with HBO Go, the web site and smart phone apps that provide access to HBO content for traditional HBO subscribers. The arrangement is that if you are already paying for HBO as part of your cable television package, HBO Go provides you with convenience of access over the web or on your smartphone. Increasingly, though, people are interested in having a different business relationship with HBO. They would agree to pay a reasonable monthly subscription price to HBO directly for full HBO Go access, skipping the cable television part completely.

HBO has reasons to be wary of that arrangement given that today the cable companies handle the messy retail aspect of the business and deliver a predictable and very substantial revenue stream. For their part, the cable companies are also invested in and attached to the current business model since HBO drives revenue their way. Cable television companies are intermediaries whose business model is in large part based on bundling lots of content into higher priced cable television bundles or packages. But now consumers say that they want a new deal–a direct one–and HBO is the network to watch because their premium content (think Game of Thrones) is content that consumers will probably pay for. HBO has been cautiously implying that they may be willing to move in this direction, and many expect them to make a move soon. They cannot afford to completely disrupt the current business arrangement with cable companies but if they have a strong enough sense that they could earn as much or more in a direct billing relationship with customers, or that they will get plenty of new customers in an a la carte offering, HBO might be less concerned about that.

If this new business model takes hold, other television networks are likely to follow the trail blazed by HBO. At first, this might be other premium channels like Showtime and Cinemax, both of which already provide web and app access to their content. Over time, though, a broader range of cable channels could move in that same direction. Those that do not might remain available primarily through traditional cable television companies.

I believe that this sort of unbundling and "disintermediation" is inevitable – but not necessarily coming soon. Cable companies will not want to be in the business of handling only the more basic, non-premium content. There's little money in that business, so they will fight this trend through pricing and regulations. Still, the Internet has a long track record of disrupting and disintermediating businesses, and even if the impediments are pretty large in this case, the change is coming.

Of course, if the monthly a la carte package I put together for myself costs me $16 for Netflix and Hulu Plus, $10 each (on average) for 10 different networks I want to watch, plus another $40 a month in sports programming, I'd be spending over $150 per month so maybe a la carte wouldn't save me much money at all.

Time for you to weigh in...

Posted by Deke Kassabian at 5:46 AM No comments: