The Internet Must Grow And Change As Demand Explodes
This might not be "on your radar," but today is World IPv6 Day. 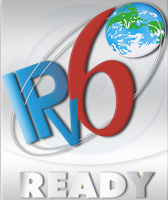 Here's some quick background:  Devices on the Internet use unique numeric addresses as part of their communications.  Today we use IPv4 addresses, and the Internet is growing so fast that even though there are 2 raised to the 32nd power addresses we're running out of them.  IPv6 has 2 raised to the 128th power addresses.  That's a ridiculously large number, so it should allow for LOTS of devices to communicate.
On June 8th, Google, Yahoo, Facebook and many other companies and universities (including The University of Pennsylvania, my employer) will enable services natively on IPv6 and encourage user access.  It's an experiment in which the best outcome would be that nothing remarkable happens.  Users get to the content they want and probably don't notice that they've used IPv6.  Ideally, if they fail to connect that way, their systems will gracefully fall back to use of IPv4.
But in edge cases we'll learn about things that might go wrong.  And bit-heads like my co-workers and I who run big networks will look at traffic patterns and do some basic network analysis and try to learn something about a slow steady transition to IPv6 over the months and years to come.
There are web site on the internet that can help you to see if you're ready to participate in World IPv6 day.  One of them is: Test-ipv6.com.
How's World IPv6 Day going for you and the users around you?  Let us know in the comments.
Posted by Deke Kassabian at 3:43 AM