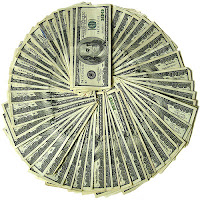 What are the wealthiest Americans like? People who live in mansions, hoard their wealth and spend extravagantly on themselves?


That's certainly the image some of us have of the '0.01%,' and it may even be a fair portrayal of some of the richest Americans. But some of the most accomplished, successful people on earth are also among the most generous.


Warren Buffet is a well known investor and philanthropist who has lately been associated with the "Buffet Rule" which suggests a higher minimum tax rate for the wealthiest to ensure that they pay income taxes that are at least as high as those in the middle class. He and Bill Gates are also well known for something called The Giving Pledge. Those who follow Buffet and Gates in this pledge make a commit to give the majority of their wealth to philanthropy.


This week, another dozen made the pledge. Among them is serial entrepreneur Elon Musk, the CEO of Tesla Motors and SpaceX. Like many of the others who have made the pledge, he is a person of great talent and vision who makes his mark by the things he creates as well as through his philanthropy.


The high-tech industry in which I work is a field in which many have become very wealthy over a short period of time. I'm encouraged and inspired to see how some of these people have handled their money, investing back into their industry as venture capitalists. Doing so rather than spending extravagantly can help to drive the economy. Some have made big philanthropy an important part of their life and their eventual legacy. Through the Giving Pledge, much of their great wealth will eventually find its way to charities that make a difference in the lives of others.


Not everyone with great wealth today is a legitimate "job creator," and fewer still are great philanthropists. But perhaps those who are can set an important example for the future.


I encourage you to visit the Giving Pledge and read the letters of the donors.

Thanks for reading! A blog works best with active participation. If you enjoy this blog, please give it a +1 and leave a comment. Share it on Twitter, Google+, or Facebook. More readers will drive more discussion.
Posted by Deke Kassabian at 5:06 AM