(RapidGroove took a short break earlier this week while I was on vacation. When on vacation in the future, I may sometimes skip blog posts and at other times I may re-post past blog entries. Thanks for reading!) 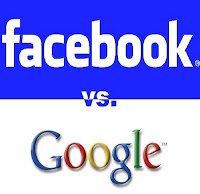 Facebook made an announcement this past Wednesday, promising “Something Awesome,” and delivering Skype integration. Now you can use video in your chats, directly from within Facebook. The trade press has been a little rough on Facebook over this. Okay, maybe adding 3 or 4 year old technology is not “awesome,” but it was a good development.  Facebook was lagging behind other platforms by not providing a video chat tool. Was this what Microsoft had in mind when it purchased Skype? Microsoft needs to find better toe-holds in modern social network tools, and this might be one way.
There are some rough edges, such as limited 2-way video conferencing rather than supporting more participants, and an interface that largely takes over the browser screen. It also appears as though there is no ability to use the Facebook Skype interface to speak with the broader Skype community of users. You can only use it to video chat with your friends on Facebook. Perhaps that makes good sense as this is a communications facility within Facebook, but given the very large community already using standalone Skype, some ability to communicate with them might have been nice.
Have you tried video within Facebook yet? I’d be interested in hearing what you think.
Meanwhile, Google+ seems like it’s working fairly well and catching on with its early beta community. New invitations are currently closed, so my circles can’t grow very rapidly right now, but I can already see that Google has produced a nice tool in “plus”.  It’s intuitive and pleasant to work with and in addition to the good "circles" concept, it has a nice multi-party video chat tool called “hangout”.
Computerworld has a nice piece discussing and comparing the two video facilities.


There are plenty of opportunities for Google to drop the ball, but so far Google+ seems to have great potential. If you don’t already have access, I encourage you to join and give it a try when invites open up again – hopefully very soon.
If you enjoy this blog, please +1 it below, share it on Facebook or Twitter, or suggest it to your friends .  More readers will drive more discussion.
Posted by Deke Kassabian at 3:14 PM