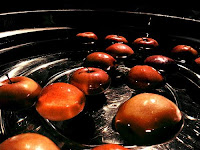 Apple has managed to get the faithful to expect a new iPhone release every June without ever really making that promise explicitly. Heavy speculation begins in the tech-press on the features, form factor and specifications every March or April.  It’s as though in the Spring a young geek’s fancy lightly turns to thoughts of iPhones (sincere apologies to Alfred Lord Tennyson!).
But while some feel confident about a June 2011 release of the 5th generation iPhone, others have been talking about possible delays, with a next generation iPhone not coming until later in 2011, perhaps closer to the winter holidays.  Only Steve knows for sure, but I’m with the “delay” group.  I have four reasons.
Let’s look at each.
1. The Verizon iPhone just came out
In thinking about the current carriers in the US, AT&T and Verizon, Apple has three main choices if it releases a new iPhone in June.
The first is for Apple to release a new iPhone5 with separate Verizon and AT&T models.  This is the situation they are in now with the iPhone4 and with the iPad2.  It’s not a great place to be.  Two sets of radio hardware, two slightly different internal designs, and complexity in managing the parts supplies to meet the demands. While possible, this is clearly not ideal.  But most importantly, the current Verizon iPhone4 users, who just shelled out big bucks and agreed to a 2 year contract, could well feel slighted.  They’d have an "old" device, and poor prospects for upgrading soon.
The second choice is to release one new iPhone5 that can work on either network. That would be technically challenging, and that may be a good reason to delay.  Newer, better dual mode radio hardware may be more available a little later in the year.  Overall, this approach seems better in several obvious ways.  But Apple has to pull off some more complex magic, and Verizon users still feel slighted in the same way as above.
The third choice is to release an AT&T only iPhone5, delaying the Verizon iPhone5 for at least another few months, and maybe until June 2012 to get back on the yearly cycle.  Of the three, an AT&T only release in June seems the most likely to me. But I’m betting against all three.   I think June seems unlikely.
2. A delay makes LTE capability more likely
As the big US carriers think about ways to handle huge user generated load on their networks, especially data loads for smartphone users, they are lining up behind LTE network technology.  But it takes time to roll out LTE networks with large footprints.  And time can only help in getting the radio hardware to be efficient on the user equipment side.  A delay helps on both ends of the connection.  If Apple can wait half a year to get LTE into the next version iPhone, and gets a little maturity in the chipset and in the carrier footprint, that’s a winner.  The iPhone5 would be a significant improvement over the iPhone4 in terms of data rates.
3. Supply chain problems could have impact
I think this is the least likely of the four reasons I list, but it could have impact.  If even a small percentage of key parts used in iPhone5, such as memory, are sourced from Japan, and if Japan is slow to rebuild capacity after recent tragic events, then delivering large numbers of iPhones sooner could be problematic.
4. Waiting now is simply good business
For Apple to even allow uncertainty about a June release is good business for Apple.  For one thing, it keeps people focused on Apple.  It gets me to write this blog and you to read it.
If Apple doesn't feel too terribly pressured by other top smartphones available, a delay means they can continue to market and sell a product they already have.  That, too, is good business.
Those who want their first ever iPhone, and those current users whose contract is up or who have failing phone devices today might be tempted to wait until June if they knew for sure a new phone was coming.  But if you don’t know for sure, maybe an iPhone 3GS or iPhone4 starts to look like a pretty reasonable option.  That helps keep sales from dropping in the spring.
If the delay turns out to be real, there may be some brief negative press, but then there will be increased buzz building all year, and the faithful will know for sure what they want this Christmas.
I’d like to be wrong, of course.  Because like so many others, I’d like to get a new iPhone5 in June this year.
Posted by Deke Kassabian at 4:52 AM