Blogging About My Blog

4 months, 50 posts, and 3000 pageviews later
Almost exactly 4 months ago I kicked off a blog not knowing quite what to expect. I wanted another creative outlet, and I felt pretty confident that there were lots of topics on which I held opinions. I happen across plenty of items of interest in my daily reading on Information Technology, and I have hobbies I like to talk about, such as fishing and cooking. So I launched RapidGroove and started posting entries 2 or 3 times a week. 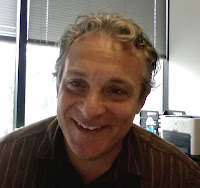 Topics have come fairly easily.  I kept an informal list of possible topics on my computer, adding items as I came across news items or ideas of interest to me.  Sometimes people contact me and suggest topics. At any given time there were five or more items on that list. Once on the list, my brain worked on them a bit in the background. A few times a week, usually in the evening, I'd decide which were ripe and I'd sit down and write a draft. The next morning when I woke up, I'd re-read and edit and then post.
It's hard to know how to measure "success."  The process itself is therapeutic, so I think I've already succeeded.  But I also think that a part of me wants to measure success in size and engagement of audience, so I'll admit it - I look at pageview stats every week, and I wish for some more readers who'd give me a "+1" after reading a post (in the little area following the post). I also wish I'd see more comments.  But I know that this kind of active engagement is a level of participation that has to be earned over time, and that the better my topics and my writing, the more I'll see it.
Here are a few things I've learned from reviewing statistics:
Here are a few things I've learned from speaking with friends:

Here are some topics I may write about soon. Do any of them look interesting to you? Leave a comment and I'll write on those with most interest first.
Finally, I'm taking a vacation for the next few weeks from work and from blogging.  I'll return to this blog in September with a post on upcoming Apple iPhones, unless Apple releases something in August (which I don't expect).  During the rest of August I plan to run a few blog entry "re-runs", perhaps once a week.
Have a great August and thanks for reading RapidGroove!
If you enjoy this blog, please +1 it below, share it on Facebook, Google+ or Twitter, or suggest it to your friends.  More readers will drive more discussion. Thanks!
Posted by Deke Kassabian at 7:39 AM