What will Microsoft do with Skype? 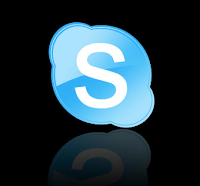 Do you use Skype?  Lots of people do.  It’s really very functional.  Skype pulls text, audio and video communications together fairly well in one tool and connects people for free over the Internet.  It’s a slick package that runs on all popular computer operating systems and many mobile platforms.
Over the past week, though, there have been rumors of an upcoming sale of Skype to a deep pockets bidder.  Skype doesn’t appear to make any real money yet, but it’s well known and it’s got some tech-cool.  Somebody could figure out how to run it successfully to make money on it’s own or to provide a boost to existing services.
Most of the speculation I was hearing was around either Google or Facebook.  Google might want the technology and the chance to integrate it with some Google tools already existing in that space.  Facebook would take their text chat to the next level by integrating Skype directly in the Facebook interface and instantly getting good quality, well-tested audio and video at large scale.
But in the end it was Microsoft.  For $8.5B. Folks, that’s a lot of money to spend even for Microsoft. Microsoft who already has tools that do the things that Skype does.  Microsoft who doesn’t run many large open services like Skype, Google and Facebook do.  What will Microsoft do with Skype?
They could bury Apple’s FaceTime with a service that already runs on every platform and that already has a huge number of users.  They could make it a centerpiece of the Windows smartphone operating system.  They could integrate it with Outlook.  They could make it part of gaming systems, adding large scale voice and video chat to Xbox and Kinect.
Any of those sound good to you?
Will Skype change Microsoft strategy around Lync?
Drop a note with your opinion here!
Posted by Deke Kassabian at 5:38 AM